PITTSBURGH STRENGTH uses safe and results driven training modalities by creating personal fitness programs focused on balanced, total body, functional fitness. We provide some of the latest equipment used by professional sports teams to enhance power and explosiveness for athletes looking to have a competitive edge in their participated sport and/or team position. We train kids, teens, adults and seniors using physical fitness exercise programs and a detailed plan of action that is created together during the initial consultation. Whether you are trying to improve your general overall fitness, change your body composition, seeking a greater challenge in your workouts or want to enhance your movement ability in a specific sport or sports team position, PITTSBURGH STRENGTH will team up with you to work on getting the results you desire.

A classification of exercise which involves exercising your total body for everyday life activities, which may include sports. Your training program involves exercising your body’s three muscular chains ( Anterior, Lateral, and Posterior ) and moving your body in three planes of motion ( Frontal, Sagittal, and Transverse ) to strengthen, maintain and withstand against the gravitational forces (push/pull) the human body encounters constantly and to counter act muscle atrophy. This training focus is geared toward acquiring optimal muscle balance, strength and endurance, joint mobility, coordination and enhanced energy output. We will tailor your training program based on your desired goal, fitness level and age.

Sports Specific Training is a classification of exercise that involves many of the same elements of Functional Fitness Training but focuses more time on strengthening the movements of a individual sport or sports team position. This training program strongly emphasis first step explosiveness and bursting power considering this ability often determines the athletes success or failure of making the play or not. Improve your sports performance with a PITTSBURGH STRENGTH tailored program.

What We Stand For

PITTSBURGH STRENGTH is a mindset geared towards constant, never ending improvement in our Spirit, Mind and Body. We strive as individuals to overcome life challenges and adversity by using these same experiences to improve our character and to make us stronger individuals for the people around us. After all, “experience is not what happens to you; its what you do with what happens to you.” Aldous Huxley 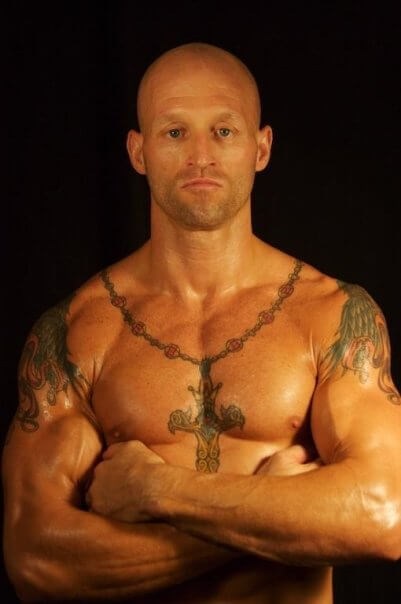 Coach Ron resides in the North Hills of Pittsburgh with his son Connor. Ron has been a lifelong athlete, coach and fitness enthusiast. With over 15 combined years of strength and conditioning experience, Ron has worked with collegiate and professional athletes and coaches at the highest level of sport.

Ron has held positions as a collegiate football coach, starting after sustaining a football career ending spinal injury. He was first a student coach his senior year at North Carolina State University, coaching the redshirt freshman middle linebackers. He then became the middle linebackers coach for Iona College, NY where he also assisted with the players physical conditioning. After a six year stint employed as a small business banker for Fleet National Bank in New York City and Newark New Jersey, Ron took a position with the Miami Dolphins in 2006 as a off season and preseason strength and conditioning staff assistant. After his tenure with the Miami Dolphins, Ron was a independent personal trainer for numerous years in south Florida. As an athlete, Ron was a former starting middle linebacker for the North Carolina State University Wolfpack, once earning the Atlantic Coast Conference defensive middle linebacker player of the week award, as well as earning the NC State Wolfpack Player of the week award numerous times for linebacker play and special teams. Ron attended Blair Academy, NJ in high school where he played football and was on the wrestling team. As a football player, he was named All-State by the Newark Star-Ledger. He was named to the New Jersey High School Coaches All-Star team and was rated amongst the Top 50 recruits in New Jersey by G&W recruiting service. Late in his athletic career, Ron competed in amateur Mix Martial Arts and many Brazilian Jujitsu tournaments, regularly placing 1st, 2nd or 3rd. He holds certifications by the American Sports and Fitness Association, USA Boxing Coach, and CrossFit Level 1. Ron is passionate about living a fit and healthy lifestyle and encourages all his clients to live the same way.